The impact of Craig Thomson

We all understand that Craig Thomson is not exactly an asset to the ALP. In fact, to say that he’s a thorn in Labor’s side would be an understatement on par with, ‘geez the European economy looks a bit rough’. From a cartoonists perspective however it’s important to look at the more neglected angles of the whole Thomson/HSU saga to truly cover off on the issue. Sure, the fate of the government could rest on Thomson’s upcoming speech to parliament and sure, this soap opera might open the door to stricter rules regarding moral standing being placed on MPs, but what about the smaller stories!?!

Craig Thomson has to be the least popular man in Labor right now. In these tough economic times, you’ve got to feel for his predecessor. 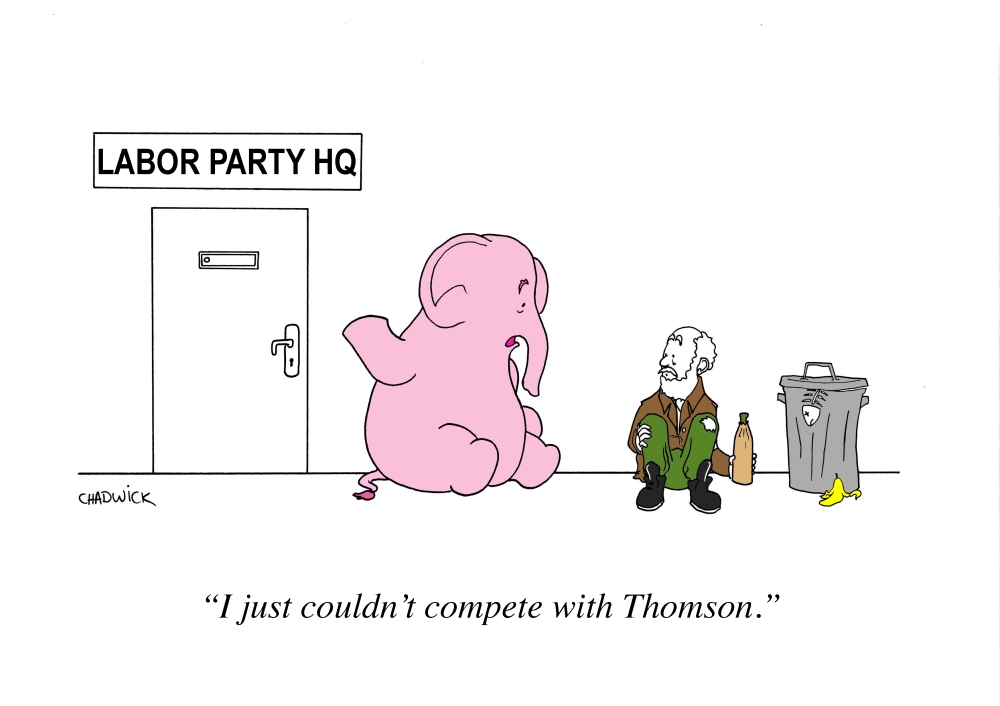 ← The downside of austerity
Grand Final Nightmares Put to Bed →