My new Collingwood cartoon is now up on the club’s website, facebook page and of course in my own dedicated Collingwood section.

Friday night saw a rematch of last season’s grand finalists and a stirring victory by the Pies. Collingwood were down to one fit man for the majority of the last quarter but hung on in the end. It may have been Dreamtime at the ‘G on Saturday night but surely there were more than a few Collingwood nightmares soothed the evening before.

Steele Sidebottom zipped around the wings, racking up another career-high possession tally and Scott Pendlebury simply oozed class all night. Time appears to slow to Matrix-like levels when Pendles has the ball. A little jink, a head fake and away he goes. Luckily for Pies fans he even had a bit left in the tank to slam home a late goal and truly ‘ice’ the game. 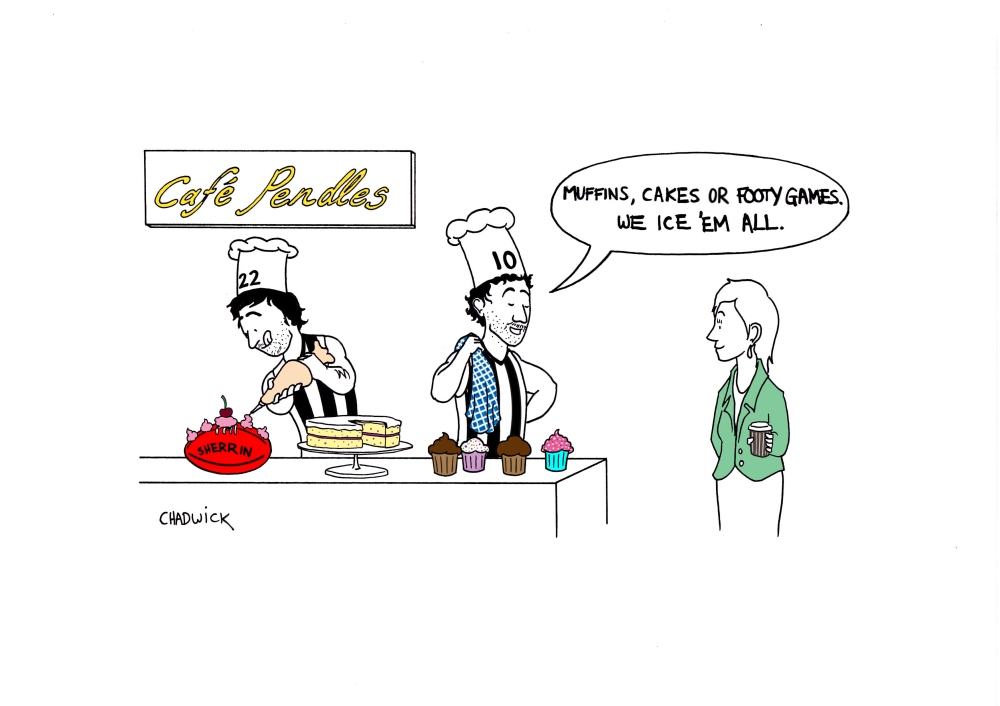 Next week it’s a tough road trip to play the seemingly invincible Adelaide in the city of churches. Let’s hope that with a little prayer from the fans and a quality effort from the boys on the field the mighty Pies can chalk up another big win.

← The impact of Craig Thomson
The Adelaide Roadtrip →