Winter has well and truly descended on Melbourne. These are the pivotal rounds of any AFL season and the Pies did  enough to overcome the Demons in a less than spectacular encounter. Holding Melbourne to just three goals was a great effort and Tyson Goldsack’s willingness to harass and harangue set the tone for those behind him to follow. I certainly would not enjoy the man chasing me but I’ve envisaged exactly that position for this week’s illustration. 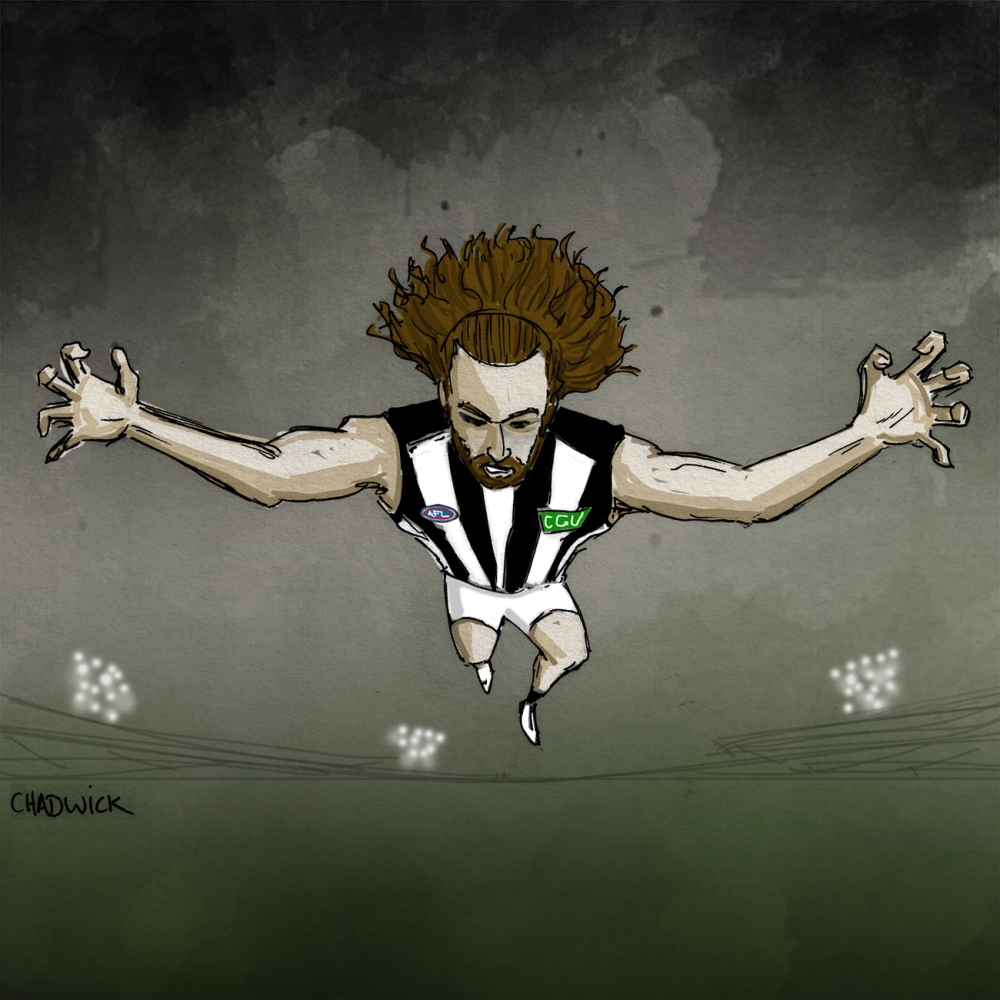