A slew of injuries, lacklustre performance last week and a rampant opposition. Doesn’t sound like an overly appetising combo but it certainly seemed to suit the Pies tastes on Saturday night.

Tackling pressure and all-round ferocity won us a premiership in 2010 and it was on display again against the Cats. We harassed, chased and generally busted a gut all night and came away with a deserved victory.

Great to see some of the new recruits (Sammy Dwyer and Josh Thomas) making an impact on the big stage and twas equally pleasing to see a renaissance performance from Andrew Krakouer. The man is a joy to watch, with creativity, flair and slick skills simply oozing from his pores. 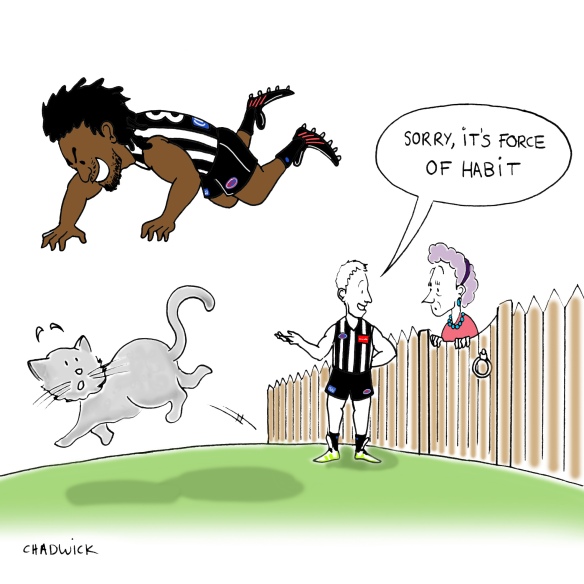 But the highest cudos this week is reserved for Harry O. He’s been rejuvenated on a wing this season and this week was perhaps his finest outing so far. Geelong cats and cats in generally should be wary of the dreadlocked one, his dash and his appetite for the contest. Bring on the Swans!