No Swan. No worries

It was wild and wooly in Sydney on Saturday night. Like the flags atop ANZ stadium, momentum swung back and forth throughout the match. There were periods where both the Collingwood and Sydney were pinned down, unable to draw breath under stifling tackling and all around forward pressure. Fortunately for the Pies, both Chris Dawes and Travis Cloke were able to provide marking options at various stages, relieve some pressure and capitalise on the good work of backmen like Harry O and Ben Reid. The latter collecting a bundle of ill-directed balls from harried Swans.

Due to a booze-filled evening and subsequent club imposed suspension, the Pies were without our own waddling Swan in the midfield and after Daisy was subbed out early there was a chance Josh Kennedy and Co. would put us to the sword.  Kennedy did indeed rack up Dane Swan-esque possessions but thankfully his red and white buddies couldn’t overcome Collingwood’s powerful midfield unit. Sharrod Wellingham and his swishy hairdo  piled on the pressure, Pendles was his typical silky self and Dayne Beams was a star. He’s truly made the most of his opportunity this season and moulded himself into a legitimate stud. The Pies have won 10 straight against Sydney, seem to relish playing on the road and can put a lot of their most recent success down to the work Beams. 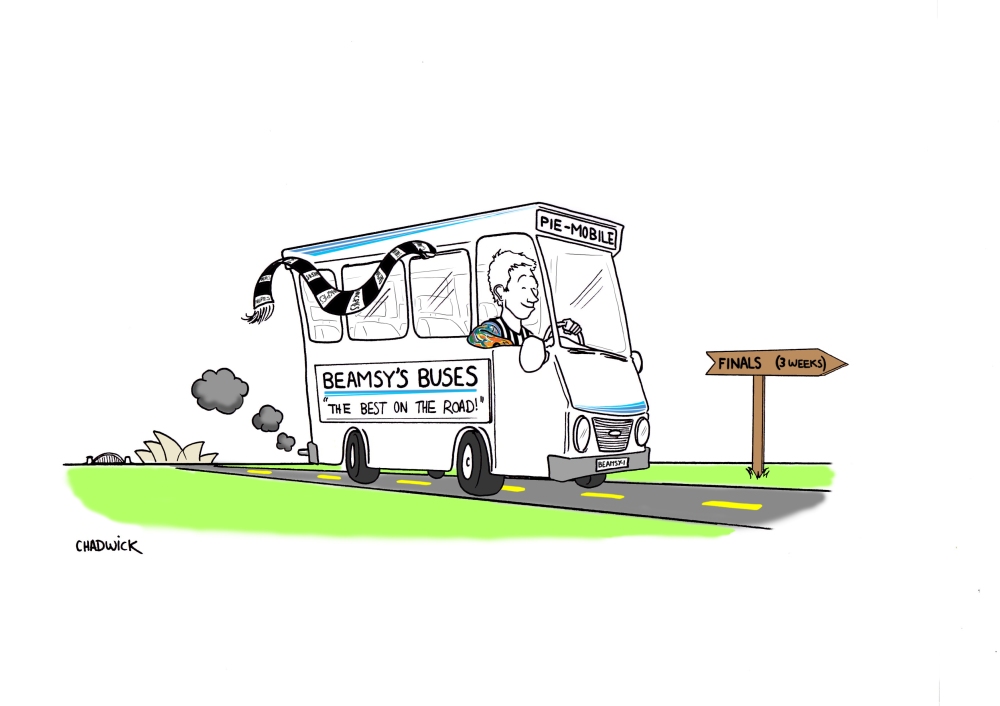 It’s back home next weekend for another important hit out against an in form North Melbourne side. With only three weeks to go until finals there are encouraging signs everywhere down at Pie land 🙂